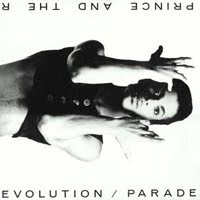 At this point, Prince was in the zone. Parade may not be as fondly remembered as some of his other albums from his classic run in the 80's, but I'm not sure why. It's just as ambitious as his previous record; possibly even more so. But while Around the World in a Day relied on pop when all the "psychedelic" stuff was stripped away, Parade doesn't always follow suit. I'd argue that that's a good thing, but it also doesn't shock me that this album wasn't a huge success.

1986 was the year of Sophisticated Prince, where everything was stark and slick, classic-styled, and more about jazz and orchestration than funk and guitars. It was a sweet move, though one that might have confused his fans a little bit. Remember: this was only two years after Purple Rain (a little less than, actually), and a year before this, Prince was borderline kaleidoscopic. Now he was black and white? It was a lot to keep up with. But if you were willing to stick with the guy, it always paid off. Most people were more than willing to latch onto "Kiss," but I guess the rest of this record didn't hold the same appeal. Of course, like most Prince records pre-1990's, it's aged brilliantly.

The first four songs are all around two minutes in length, and they blend together to form a nice little intro. Each one features big-ass drums, especially "New Position," which is devastatingly catchy. "Under the Cherry Moon" is the classy-jazzy end to the suite, and it rolls into "Girls & Boys," which should have been a huge hit, but Prince didn't release it as a single in the U.S. for whatever reason. "Life Can Be So Nice" continues with the thundering drums, and is a bizarrely blistering tune. It's followed by the sweet little instrumental "Venus de Milo," which finishes up the first side.

"Mountains" begins the second side, and though it doesn't sound like a typical Prince single, it'll grow on you if you let it. I'll be the first to admit that it's one of his most generic songs, but I dig it. "Do You Lie?" is the apex of Prince's classy vibe on this one, and just one more song that sounds like the inspiration for Andre 3000's The Love Below. (Pretty sure he was listening to this record a lot when we was writing that thing - or so my theory goes.)

Parade ends even stronger than it begins, with "Kiss," the smooth-then-rugged "Anotherloverholenyohead," and one of my favorite Prince ballads, "Sometimes it Snows in April." It's a throwback to some of the softer shit on his first two records, but it's way more fully realized. And hearing Prince with an acoustic guitar is always awesome.

This would be Prince's last record with The Revolution, most of whom who had been with him even before he was putting their group name on the records. They had planned one more album, and apparently even recorded most of it, but it never saw release.

Oh, and this album is also the soundtrack to Under the Cherry Moon, but barely. Although the stinkiness of that movie may have accounted for this record's relatively lackluster sales. Anyway, forget the sales: this record is damn good. Pick it up on the cheap if you can. And you can.

"Anotherloverholenyohead"
Posted by Wockenfuss at 12:22 AM