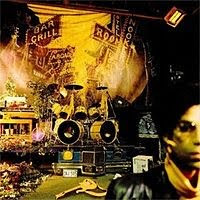 Prince's crowning achievement came at a time when things could have easily gone in a completely different direction. He had just parted ways with most of his longtime band (Dr. Fink stuck around), his latest film had just flopped, and his identity was becoming more and more hazy. The fact that he pulled together an album as flawless as this is just further proof of Prince's genius.

Sign “☮” the Times is not only Prince's best record, it's the best "mainstream" record to come out in the 80's, and arguably one of the greatest albums of all time. It's 80 minutes of non-stop awesomeness, tackling pop, rock, and funk in a way that was both musically complex and extremely palatable. That had always been part of Prince's M.O., but the ways in which he pulls it off on these 16 songs is unsurpassed by any other record in his catalog. This is post-Revolution, pre-New Power Generation Prince, and if he felt alone, his back against the wall with something to prove, then there's no denying that the man works wonderfully under pressure.

There's not a weak spot throughout the entirety of these two LPs, and while Prince had certainly been fairly consistent up to this point, this was a whole 'nother level. Every track on this album is a winner, and though the singles it spawned (the title track, "U Got the Look," "I Could Never Take the Place of Your Man") are representative of the album's brilliance, they only tell part of the story. This is a collection of tunes that demands to be listened to from beginning to end, and once you do that two or three times, you'll be stuck on this thing for a year. Yeah, I talk big, but seriously: it's that good.

I'm going to track-by-track this one, just so I don't miss anything.

"Sign “☮” the Times" - Though this is fairly dour lyrically (as far as Prince songs go), the melody and stark drum track are just too dope to let it become depressing. The two little bridge parts ("Is it silly no/ When a rocket ship explodes...") are just too good.

"Play in the Sunshine" - And, here's where the party gets started. If people had been waiting for Prince to get back to some straight-up feel-good shit, here it is. Huge song.

"Housequake" - The first song on the record where Prince uses his squeaky "Camille" voice, this track lets you know that apparently "Play in the Sunshine" was just a warm-up. Hearing Prince yell "Bullshit!" is never not fun.

"The Ballad of Dorothy Parker" - The warbly keys and spazzy drums on this ballad-y cut are abstract, but Prince's clean vocals complement the whole thing perfectly. Contains the classic line "Yeah, lemme get a fruit cocktail - I ain't too hungry." His falsetto on this one is gold.

"It" - There are songs I'll never get sick of, and this is one of 'em. The melody on this song is nerve-wrackingly cutting, and the orchestral stabs in the background are just way too dope. And man, those drums sound like guns.

"Starfish and Coffee" - The most out-and-out pop tune on this record, and it's a pretty one. The shortest song on the album at under three minutes, and it comes at a perfect point in the sequence.

"Slow Love" - The Prince slow jam to end all slow jams. If you can't get laid to this song, turn in your boner.

"Hot Thing" - When a track like this is relegated to b-side status (it was the flip of "I Could Never Take the Place of Your Man"), it's only another indication of how incredible this record is. The drums slam, Prince sounds pervy, and it all rules.

"Forever in My Life" - Another track with buzzy synths and badass drums, and another one where Prince just slays it with his vocals. You think it's going to build and then he jukes you. Sweet.

"U Got the Look" - Another Prince-doing-Camille cut, and one of the catchiest singles dude ever released. Prince managed to make Sheena Easton cool. Now that's something. And "Your body's heck-a slammin'" remains a classic.

"If I Was Your Girlfriend" - One of the more odd singles that Prince ever released, though it should have been way more popular than it was. Prince - again as Camille - just wants to know why these ladies won't change their clothes in front of him. Fair enough.

"Strange Relationship" - If you're in a tumultuous relationship with a chick, put this one on a mix for her. It'll score you big points. Or get her pissed. Hard to say. Either way: great song.

"I Could Never Take the Place of Your Man" - Probably my favorite Prince song, and the album contains the sweet six-and-a-half minute version, which is far superior to the radio edit. Prince absolutely slays it on guitar during the breakdown on this one.

"The Cross" - Love Prince, love his weird religious shit. Regardless of the message, this is a classic Prince ballad.

"It's Gonna Be a Beautiful Night" - This one was apparently recorded live, but I have my doubts about how "live" it actually is. It doesn't matter. This is nine minutes of sweet, sweet funk complete with Sheila E rapping.

"Adore" - A great closer for this record, this is Prince getting all sultry and smooth, winding things down.

So there it is: the peak of Prince. At least as far as I'm concerned. If you're going to own one Prince record, this should be it. It just refuses to get old.

"Housequake"
Posted by Wockenfuss at 1:47 AM