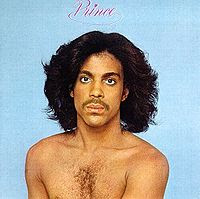 This is basically Part II of the Early Prince saga, and it's another LP where he still seems to be finding his way. Released about a year and a half after his debut, this record isn't a whole lot different stylistically than his first, but it's a bit more potent with the hooks. If Prince knew he was going to have to get some radio play to make it (and I'm sure he did), he certainly made it his priority here.

The disco-ish stuff is still here, especially in the first track, "I Wanna Be Your Lover," which would be Prince's first semi-hit single. But, you can also hear the synths starting to take over, and the beat is a bit harder than a standard dance track. The same can be said for a lot of the rest of this record. There's plenty of slink and R&B, but the pop and rock is starting to work its way in. "Why You Wanna Treat Me So Bad," another single from this record, lays on the guitar pretty thick, and it's one of the first tracks where Prince starts to really sound like Prince.

"Sexy Dancer" works along the same lines, and so does the ultra-catchy "I Feel for You," which most of us remember from Chaka Khan's version that came out five years later. Prince's version sounds a little safe if you're used to Khan's crazy belt-it-out hip-hopped take on the track, but I still dig the shit out of the original.

My favorite track here, however, has got to be "Bambi." Hearing a young Prince wail on his guitar smack-dab in the middle of a record that's immersed in R&B is just nuts. It's one of the most ass-rocky songs of his career, and it's just fantastic. (Check out a sweet 1990 performance of it here.)

Other than that, there are a few ballads on here that are solid enough (with "Still Waiting" probably being the standout), but it's the closer, "It's Gonna Be Lonely," that makes it worth sticking around till the end. A big track with a great build-up, and a quality ending.

All in all, another nice effort from Prince, but it wouldn't be until his next record that shit would get major. Oh, and extra points to the little guy for self-titling his sophomore LP. Always an odd move.

And do yourself a favor and check out this awesome performance: