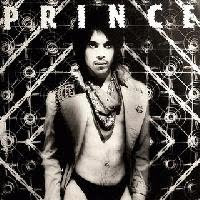 I'm not sure what happened to Prince when the 70's turned into the 80's, but a switch was clearly flipped. Within the first 30 seconds of the title track, the first song on this blazing 30-minute LP, it becomes very clear that this is not the same Prince that released those two disco-ish records.

"Dirty Mind" is easily his best song up to this point. The production is much more stark, all the fluff has been clipped away, and the beat and the melody are left there to kick everyone in the nutsack. It's really the moment where Prince becomes Prince. The song sets the stage for the rest of this record's lyrical filthiness, and the decidedly new-wave groove makes its point early. Prince had tried it the Soul Train/Rick James way. Now it was time to do something that didn't sound like anything else. And it worked. Man, did it work.

"When You Were Mine" has been covered by what seems like hundreds of people (probably most notably by Cyndi Lauper), but Prince's version still rules. "Do It All Night" and "Gotta Broken Heart Again" are solid tracks, though they're both build-ups to the second side of this LP, where shit gets a little wacko.

The three-song suite of "Uptown," "Head," and "Sister" is one of the main reasons this album is so damn cool. The music in each of the songs in fantastic, for sure. But this was really the first time that Price cut out the innuendo and just decided to let everyone know what a freaky perv he was.

"Uptown" is actually fairly tame compared to the other two, but I include it here because all three of these songs blend together. And, I guess it's sort of a warmer-upper. It's a catchy tune about Prince meeting a chick who asks him if he's gay (no way!), him telling her no, and then the two of them going to place where acceptance is cool as shit. Or something like that.

"Head" is about Prince meeting a girl on her way to get married, she blows him, and he's just so awesome and "full of spunk" that she marries him instead. Now there's the Prince we know and love.

"Sister" is one that, I'll admit, maybe I don't fully understand. Because to my untrained ear, it seems to be a song about a 16-year-old Prince (or whoever the voice of the song is) fucking his 32-year-old sister, who then wants to be his pimp. That's the short version. Of course, the song's only about 90 seconds long, so I guess there's not that much more to it. Anyway, it's a freaky-deaky one. I love the song itself, though, so I just try to roll with it.

The album wraps up with "Partyup," which is a classic Price party track (no shit!) that must have blown the roof off the sucka back in 1980. A great tune. And a great end to a great little record.

For most folks, this is probably the place to start with Prince. I like to have his first two records around, and they're not bad, but this is where shit starts to get awesome. And it is only the beginning of Prince being awesome throughout the 80's.