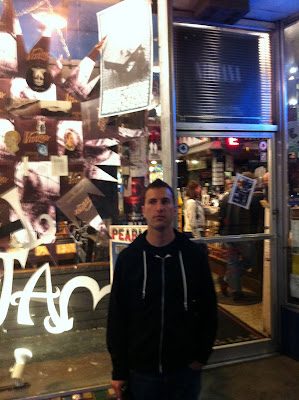 The West Seattle Easy Street is both a cafe and a record store, and it's two stories, with mostly CDs on the first floor, and mostly vinyl and DVDs upstairs. It's an interesting setup, and while I initially didn't think it was too exciting compared to the Queen Anne store that I'm used to, I ended up finding more stuff at this location, so I guess that speaks for itself.

It had the vibe of an outskirts record shop: things didn't seem to be as picked-through as they might be at a place that's located in a heavier-traffic area. But, who knows. Maybe I just randomly had better luck at this location. Either way, we had a good time at what ended up being our last stop of the day, and I think we spent a good hour and a half there. Great way to wrap up our ambitious day of digging.

Here's what I walked away with: 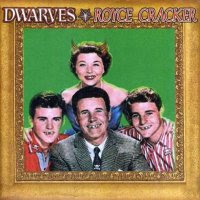 Still trying to figure out what the deal is with this thing. I think Royce Cracker may be the pseudonym of the Dwarves' producer Bradley Cook...? There's three songs by them, with Blag doing vocals on one and Rex Everything (Nick Oliveri, from what I understand) doing vocals on another. "Crazy Tweeker Bitch" does vocals on the enchanting "Meth Stop Calling." Speaking of meth, this 7" comes with a fake bag of it, as well as a full-color insert and a Dwarves sticker, which I just discovered. My copy is on green vinyl. Dwarves tracks are a live version of "Speed Demon" from 1995 and "Tweek," which is a helium-voiced rap track. So odd. Love it. 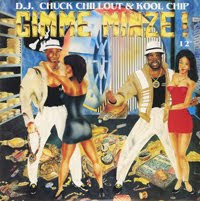 Yeah, like I'm gonna pass this up for a dollar. I mean, that cover alone makes it mandatory. Crazy that this came out in 1990; it sounds way more like 1986. But, who cares. There are eight tracks on this thing, featuring three separate songs in various versions. Now that's value. Speaking of value, there's an ad for a 900 number you can call on the back of this thing that shows a drawing of hot chick on a phone. Doesn't appear to have anything to do with the record. Bold. 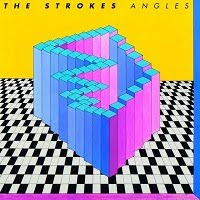 I'd been listening to the stream of this record during the week preceding our trip, and though I still hadn't formed a solid opinion on it, I knew that I wanted to get the LP. The price is a bit high on this thing, but the packaging is sweet, and hey, it's the first Strokes record in years. I've been listening to this one here and there since I bought it, and I'm really getting into most of it. I'll probably do a proper review of it soon. 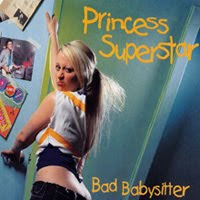 Another record that I wasn't going to pass up for a buck. Includes a remix, an instrumental, and clean takes on both the album version and the remix. Fairly standard 12", but like I said: for a buck, I'm diggy down. 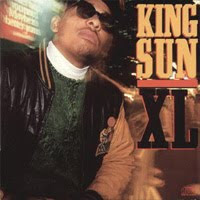 I don't even know if I've ever heard King Sun before, but I've been hearing the dude's name for 20 years. And, if it's rap from 1989, I'm down if this price is right. The price was right on this one. Haven't had a chance to spin it yet, because I've been going through all this other damn stuff. But I'm looking forward to spending some quality time with the King. 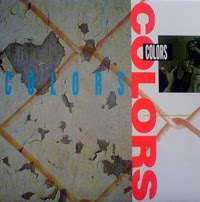 Would you believe I've never owned a copy of this? Dude I went to junior high with used to rock this on the regular, and though I feel like I remember some of it, a few of these tracks (Decadent Dub Team?) aren't ringing a bell. Haven't rocked this one yet, either, but I plan to real soon. Got this one for a great price. One of those records I've wanted for a while, but didn't want to pay ten bucks for. You understand. 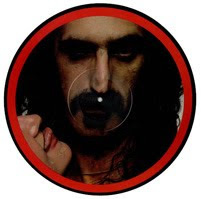 This was probably my biggest score of the day. I never see this record in stores, or even at record shows. Finally found it, and the price wasn't through the roof. I've since learned that there are two versions of this picture disc: the original, released in 1983 (though this LP says 1982 on the sticker), and a "Digitally Remixed and Remastered" version that came out in 1988. This one is the 1988 version. So, I suppose I'll still be on the lookout for an original. But, I am so happy to finally have this in any form. This is in great shape, with the original sleeve and sticker. Sweet. 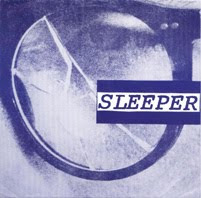 Early Sleeper 45, who later changed their name to Serpico. I found a really rare 45 of theirs on my last trip and figured "why not" when I found this one. 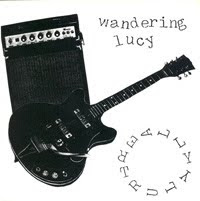 I have a secret fantasy to collect every entry in K Records International Pop Underground 45 series. This is the first shot across the bow of that pretty impossible goal. Yay me!

And, that wrapped up our big day in Seattle. Of course, we weren't done for the week. Up next: we go back to Portland, get some rest, and get back out there.
Posted by Wockenfuss at 11:41 PM