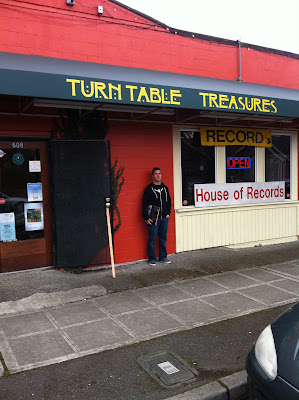 And, best of all, it was about two blocks away. We threw our Hi-Voltage purchases in my trunk, strolled down the street, made a quick left, and there we were. The new spot is not nearly as visible as their old one (it's off the main drag) and it might be a tad bit smaller, but they've managed to retain almost all the dusty charm of the old building. And I think they've been there for a while now. Can't remember what they said, but I think it's been around a year. So, it's broken in, though it feels like a slightly compressed version of the old place. It was close quarters before, and the new digs are no different. But if that's going to stop you from shopping at a record store, then you need to rethink your life choices, princess.

Anyway, House of Records/Turntable Treasures is an awesome place. It's almost exclusively vinyl, which I love. No wasted space. They've got this slightly confusing filing system that actually makes it fun to dig, but they also seem to know their stock really well, so it's not hard to locate something you're looking for. I couldn't find any Faith No More records, but I asked one of the dudes there, and he took me right to the one LP they had. I was impressed. Plus, they have a huge stock of used turntables, of all shapes, sizes, colors, and vintages. And, their prices are, for the most part, reasonable.

This was still at the beginning of our trip, so I didn't go too crazy. But here's what I picked up: 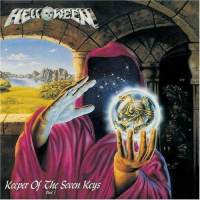 While this record isn't too tough to track down on eBay, it's surprisingly hard to find in the wild. So, needless to say, I was excited to see it. I got even more excited once I confirmed that it had the original inner sleeve and that the vinyl was in sweet-ass shape. I love this album, and I'm so glad I have a solid copy of the LP now. 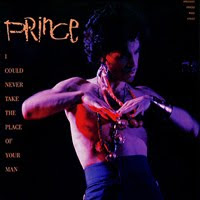 House of Records always has a fat selection of Prince 12" singles on hand, and I don't know if I've ever left without buying one. This purchase filled a conspicuous hole in my Prince 12" collection: not only is this probably my favorite Prince song, but the b-side, "Hot Thing," is also one that I love the shit out of. And, the 7" version of this single is one of the first records I ever bought for myself. This 45rpm 12" features the full six-and-a-half-minute album version of the title track, as well as three versions of "Hot Thing": a single edit, an extended remix (with additional vocals), and a dub version. So great.

Here's what Pocaroba left with: 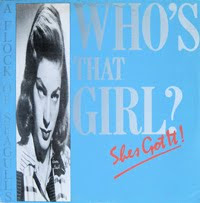 Ah, a 12" for a truly terrible song. Fascinating. My Flock collection grows. 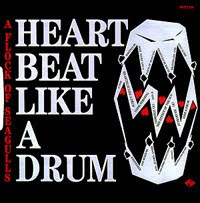 A Flock of Seagulls - "Heartbeat Like a Drum" 12" single

See the above description. 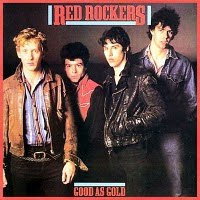 The Red Rockers have a song called "China" that I have had on a comp of rare early 80s singles and it has always been one of my favorite songs. I have never seen an album of theirs in person and couldn't pass it up for 5 bucks. These guys had an awesome song and video on Columbia Records. They must have thought they were going to be huge. Poor bastards.


Next up: We roll into Seattle for a Dope Burger and some crusty, crusty punk.
Posted by Wockenfuss at 11:57 PM