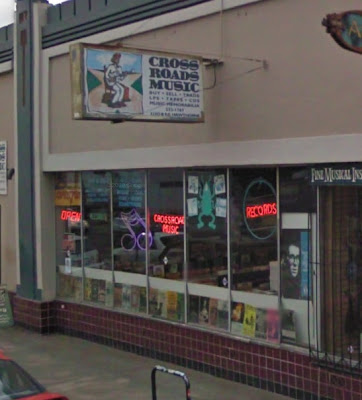 Jackpot records on Hawthorne is really just the worst place in town if you're looking for used vinyl. They rarely have anything that I'm interested in. And if they do, they've got it priced just high enough that I convince myself I could get a better deal somewhere else. And then I do. Pocaroba didn't leave Jackpot with anything - I don't think - and I walked out with a measly 7", but it was a good one: 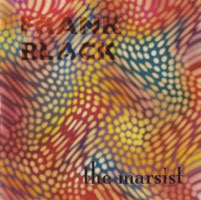 Pocaroba pointed this out to me, and though I have both of the songs (the b-side, "Better Things," a Kinks cover, is on the import CD single of "I Don't Want to Hurt You" from the same era), I was down to pick this up for five bucks. My Frank Black 7" collection is spotty at best. Then we flipped it over and noticed that it was #10 out of 3000, and that sealed the deal. Looks great next to my "Men in Black" single.

So, not surprisingly, that was all I got at Jackpot. We had some more time to kill (aren't vacations great?), so we walked down the road to Crossroads Music, which, as I've probably stated on here somewhere before, is probably my favorite record store in town. It's huge, there's an incredible variety, and it's so closed off from society that you really feel like you can lose yourself in there.

The flipside of that: when you have limited time, it can feel overwhelming. And, we ended up not having much time in there. But, I did walk out with a record I've been wanting for a long time: 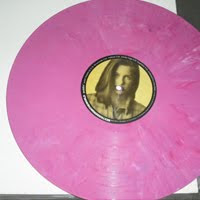 Sorry for the terrible photo. But it comes in a plain white cardboard sleeve and that's not very exciting. BKITW releases were always so weird, and this one is no exception. There was no vinyl officially released for this EP. This is the promo, and it's pressed on ultra-sweet pink vinyl (as you can see). Not sure what sense that makes. Regardless, other than this other promo 7" I've been looking for (but not very hard), this was one of the last Best Kissers items I need to complete my sad little collection. The crazy thing is, I almost paid $15 for it at a shop when we were up in Seattle. Glad I didn't. Got it for about half that at Crossroads. Boom.

Next up: we wind down at Everyday Music.
Posted by Wockenfuss at 12:20 AM