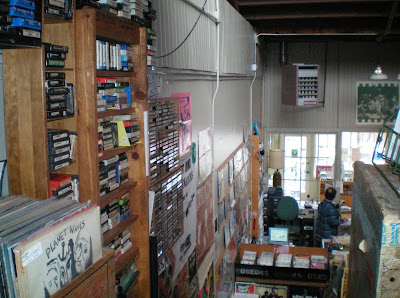 If you were hoping that this week would welcome the return of Stallion Alert to our usual format, well, you're out of luck. You may have to wait another week or so to hear my opinions on OK Computer. I know, I know: the internet is in desperate need of another blog post about that record. But, we have more pressing issues at hand, like the marathon record-shopping binge that me and Pocaroba went on last week.

We had planned on another expedition to Tacoma/Seattle for the middle of the week (new readers can catch up on this now-established tradition here and here), but it turned out we couldn't wait to get going, so as a warm-up, we decided to hit the always-awesome Green Noise Records here in Portland a few days before we drove north.

So, let's break down the haul. We'll start with what I picked up, and then I'll let Pocaroba tell you, in his own words, what he grabbed. 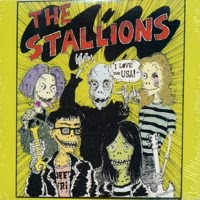 I can't remember exactly how I came across this blog post a few weeks ago, but needless to say, I was intrigued by a band called The Stallions. I made a mental note to look out for their stuff, but didn't really think it would happen. Then I came across this gem, pressed on red vinyl and featuring a song called "Heartpunch." I can't explain how happy that made me. I'm not the hugest garage-punk dude, but this is cool shit. For so many reasons. 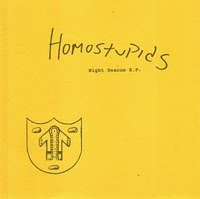 My Homostupids collection doubled with this purchase, and I felt great about that. Pink swirly vinyl, and all the fuck-all noise you can handle. This EP contains six songs, clocks in at about nine minutes, and centers around two songs with identical lyrics (about blowing a bus driver, of course), "Wearing Sammy" and "Swearing Sammy." My wife's new least-favorite band. 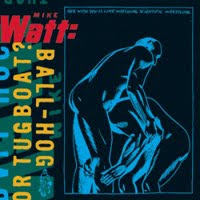 I've had this weird special-package edition of this on CD for years, which I always thought was pretty cool, but I found out at Green Noise that there was something cooler: a 2xLP version of it pressed on clear blue vinyl. Oh, it's pretty. It's got a notch cut out of the top left corner, but it seems like a lot of them do (my CD copy had this too), so I don't care. Besides, listening to "Piss-Bottle Man" makes my troubles melt away. 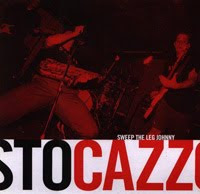 When it comes to albums that I thought I'd never own on vinyl, this one was working hard to secure a place on that list. It never shows up on eBay, I'd never seen it in a store, and it was the only full-length of theirs that I didn't own on wax. I was beginning to think it didn't actually exist. And then, boom: there it was. Used, in awesome shape, and at a price that I had absolutely no beef with. Oh, and it's got a different cover than the CD. We'll get to this band eventually, but if you've never listened to Sweep, you are really missing out. Unsung math-rock heroes of the late 90's/early aughts. I mean, come on.

I also picked up a promo CD for Frank Black and the Catholics' "I Gotta Move" that features an interview with him, and this shirt, which speaks for itself. Both were a dollar. 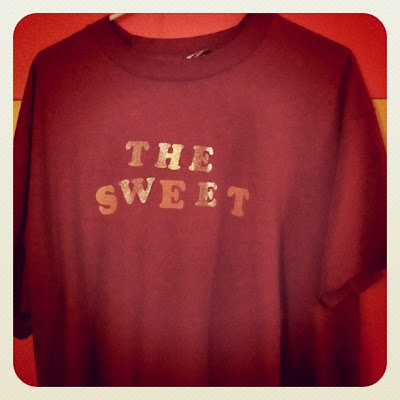 Now, I'll turn it over to Pocaroba, so he can tell you what he scored. 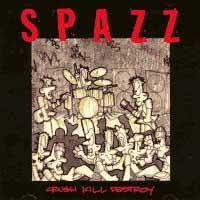 The original pressing of this is beyond expensive and I was hoping to find the recent reissue in my travels. Well, it turns out I found it at our first stop. Good thing too as I didn't see it anywhere else. If you're not familiar with Spazz you should be. The play ridiculously fast and complicated songs about kung fu and skateboarding. People call the subgenre of punk they play "powerviolence" which I have always thought was stupid. Can't it just be punk? Whatever. The record is blood red and comes with a sticker on the front that says "Now With 50% More Pants Shitting." Classic. This record is one of my favorites from the trip. 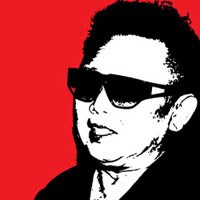 Speaking of things I was stoked to find, I was hoping I would come across this on my trip. Capitalist Casualties has got to be one of my favorite punk bands and I was excited to see that they had gotten back together to release a new album. Well that was a couple of years ago and I just never found. Of course, Green Noise had one and I happily scooped it up. The songs on the Capitalist side are exactly what I was hoping they would be. Insanely fast and angry. That's the good stuff. People label them "powerviolence" too which is even stupider when one realizes that Spazz and Capitalist Casualties sound nothing alike. The subgenre-ing of punk is a pet peeve of mine. Can you tell? I have never heard of Hellnation before but their side is not bad. It's a little screamy for me but I'll take it. Also, this gets the award for best use of Kim Jong-Il on an album cover. Brilliant. 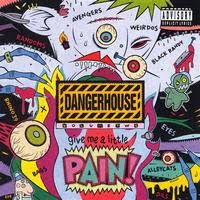 This compilation collects more rare songs from the classic Dangerhouse singles and compilations from the late 70s. It basically has the other halves of the singles that were featured on volume one. The Avengers, Eyes, Black Randy, X, The Weirdos and The Dils are all here. It makes me happy. 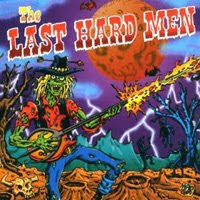 I can't believe I finally found this. I have been eyeballing this album for years but was never willing to throw down serious cash on it. I happened to stumble upon it in the dank, poorly lit attic area of Green Noise. It had a $1 sticker on it. These are the joys of music collecting. So basically Sebastian Bach, Kelley Deal, Jimmy Flemion from The Frogs, and Jimmy Chamberlain got together in '98 and recorded an album. Seriously. And this is it. I can't wait to hear how terrible it is.


Positively Negative - "For God and Country" 7"

4 song 45 from a 90s Seattle punk band. I bought this awesome comp of NW punk back in high school called "We Are All Guilty." I used to listen to it constantly and became fascinated by most of the bands on it. I have made it habit to follow pretty much all of the bands on that compilation and buy their stuff if and when I can find it. Positively Negative are one of those bands. 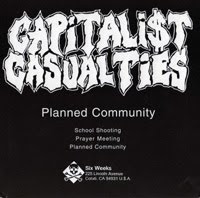 This is on 6" vinyl which is a first for my collection. I have these songs from a CD compilation but was excited to find the original. These are somewhat epic for the band, clocking in at 2 minutes. Apparently there is a version on red vinyl. Mine is on black. Better keep my eyes peeled... 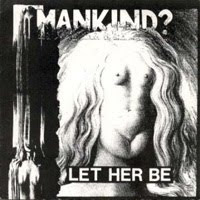 I got into Mankind? through a friend in high school who let me borrow a punk comp he had (we'll get to that later) but could never find any of their releases. Imagine my surprise when I stumbled upon this. The cover and the clear red vinyl make it a real winner. I have no idea who Dirt is. Just so you know. 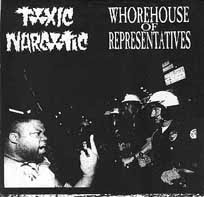 I had a Whorehouse song that I love on that "We Are All Guilty" comp and even wrote them a letter at some point (I think I have their response somewhere). Female-fronted 90's Seattle punk. This band was also on my "We Are All Guilty" comp. Even though their song was never one of my favorites I couldn't pass it up when I found it. The title and the maroon-colored vinyl didn't hurt, either. 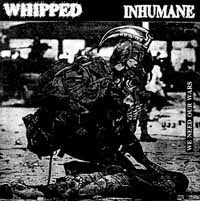 You guessed it, both of these bands were on the "We Are All Guilty" compilation. This record was one of my favorite finds as I have wanted it for years. Both of the bands were some of my favorites from the comp, especially Inhumane, and I always wanted to own this. It's on clear-red vinyl. Apparently punks like red vinyl.


Next up: We get in the car and drive in a northly direction.
Posted by Wockenfuss at 10:03 PM