Three More Records I Accidentally Left Off My Best of 2010 List.

I told you that there were probably more. I meant to write this post like a month ago and have been putting it off, but I figured if I squeak it in before March it's still relevant, right? And I consider myself an organized person... I'm going to do better this year. I've already got a list going in my phone, so whenever I listen to a new record, I write it down. We'll see how that works. And since when do I listen to 30 albums in a year? That part I'm excited about. Anyway, here are three more that I'm embarrassed to say I left off the list. 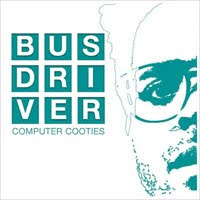 I sort of get a pass on this one because it's a download-only mixtape, so the usual process of buying it didn't happen. But, really, that's no excuse. This is best (legitimately) free album that came out in 2010, and for as much as I listened to it, I don't know how it slipped my mind 'round list time. Whatever. I'm singing its praises now, even though I wouldn't necessarily recommend it as an introduction to the man and his music. Well, I would, but with the warning that a lot of the stuff on here is not really representative of Busdriver's overall sound. I'm probably overthinking it. You should go here and listen to it or download it and see what you think. I think it is good. 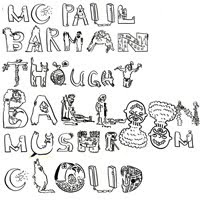 The return of Paul Barman! This album is a beast, and if you didn't like Paul Barman before, you won't like him now. But if you like him and have been missing him (this is my deal), then you're in luck, because there are 22 songs on here, with diverse-ass production and styles that Paul has never tackled before. (I don't even know what to call this one.) But more than anything, there's the crazy wordplay, and that's why you listen to MCPB, isn't it? That's why I do. And I'm still finding new shit in all the layers of this thing.

(Edit: I just realized that this album came out at the end of 2009. Still, I've never mentioned it here. So I'm leaving it in this list. Technicalities be damned!) 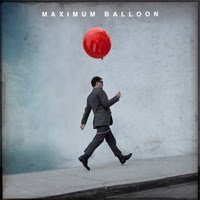 Full disclosure: I didn't even hear this until the year was over, and it's only been recently that I've been rocking it hard. How this one slipped through the cracks is a real mystery to me. The dude from TV on the Radio goes solo and I don't buy the shit out of it immediately upon its release? I'm losing it. But I choose not to dwell on the past. Instead, I put this in the CD player of my car and hope to one day be able to make beats even half this good. I'm going to be listening to this one for a long time. This song is incredible:

All right. I think that's all I got. Hey, who's happy that I'm back writing in this damn blog again?
Posted by Wockenfuss at 11:50 PM

I am reading it everyday!

You know that I am super stoked. I check this bad boy every day.