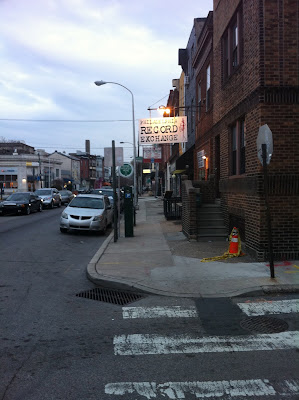 So as I was leaving Repo Records, I asked the clerk if she knew of any other record stores in the area. She pointed me right around the block, where I ran into what you see up there: the Philadelphia Record Exchange. It was hard to tell what to expect from the outside, and when I went in, it was still tough to make any sense of it. The place wasn't a complete mess, but it seemed like only pockets of it were organized. There were signs hung from the ceiling to denote genres, but I found out that they were only loose guidelines.

I found a fat box of 7"s near the entrance, camped on those for a while, and then strolled around the store and flipped through some of the 12" singles near the back of the store, which were kind of a mix of dance and hip hop and whatever else had found its way in there. Then, almost exactly as it had happened at Repo, I spotted some stairs. I headed down, and here's what I found: 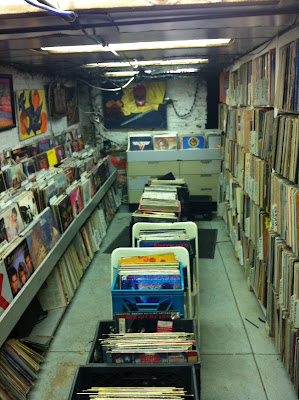 Turns out all the rock was down there. Mostly 60's/70's/80's stuff, but I actually came across a copy of Hazel's Toreador of Love down there, which I thought was pretty random. The other side: 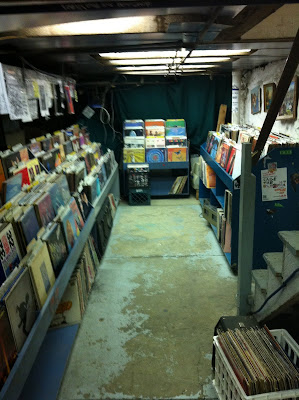 Again, I found myself overwhelmed. I could have spent a day down there. I gave it a good go, but I didn't end up looking through half the stuff. At this point it was almost 7:30, and I wanted to hit one more shop before I called it a night. I only ended up grabbing two things from the Record Exchange: 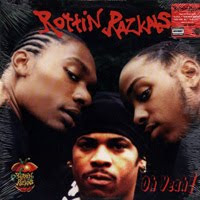 Don't think I've written about these dudes before, but if you've never heard these mid-90's Naughty By Nature prodigies, you are missing out. Dope hip hop that, as far as I know, got mostly overlooked. This single contains songs that are on their album, but it features instrumentals and a cappella mixes, too. Nothing too mind-blowing as far as that goes, but I'm happy to have it. 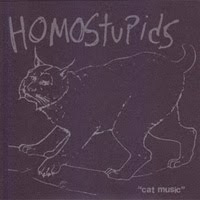 This may be my favorite thing that I purchased on my trip. So many great things about it. First off, the band is called Homostupids. Second, the single is called Cat Music. Third, the entire thing is about two minutes long, and contains three tracks. Sample lyric: "One more fuckin' prune/ Rat's ass/ Rat's ass/ Give me a balloon." Also: there appear to be horns on it. I really can't say enough about this record. It is just tremendous.

Like I said, I wanted to hit one more spot before I called it a night. I was hoping to make it Long in the Tooth Records, which I had been told was great, but after calling there, I found out they closed at 8, and I wouldn't have time to make it. So, I went to my next option, which was farther away, but open until 9: Beautiful World Syndicate. 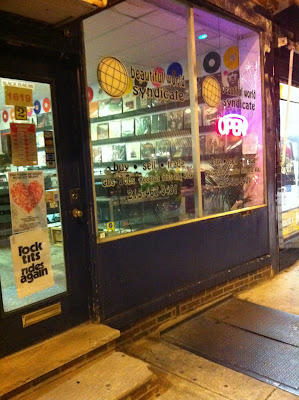 It was a mile walk from where I was, which put me two miles away from my hotel, but I was feeling ambitious. I brisk-walked over there and made it by 8, which gave me plenty of time to flip through the store's thick selection of records. As a first-time customer, it's hard for me to know how much rotation goes into their New Arrivals section, but it was the most expansive one I've ever seen. Six or seven rows across, and so deep that I could barely reach the back of it. And I'm not a little dude.

Their 7" section was equally huge, and packed with all the obscure punk you could ever want. I had heard of very little of it, though I actually saw a few Portland bands in there, which was cool. Bottom line: they had a ton of cool shit. They also had a bunch of slightly overpriced jazz/reggae/world LPs, which is the hipster bullshit you can expect from a place like that, so that's fine. I gave it a good 45 minutes in there, but was starving and had to walk the two miles home so I headed out before they kicked me out. Here's what I got: 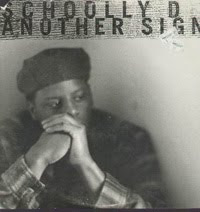 They used to play this video on Bohemia Afterdark when I was in high school and for whatever reason, I thought it was cool as all get-out. Not your typical Schoolly D song, but his flow sounds dope on this track. I picked up a lot of rap singles on this trip, didn't I? 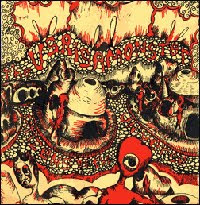 USAISAMONSTER - Citizens of the Universe

Definitely my most random purchase of the trip. I thought the cover was awesome-looking, and the homemade appeal of the whole thing (the artwork appears to be silkscreened) kept me coming back to it. I sampled a little bit of it on the turntable there, and it sounded just weird enough to work. I've barely listened to this thing, but I'm looking forward to getting to know it. 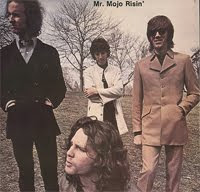 Bootleg record that appears to include both live performances and interviews, and also seems to have been released while the band was still together, or, you know, before Morrison died. Haven't had a chance to listen to this one yet. 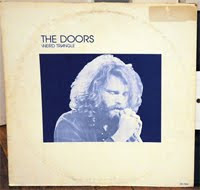 Hey, I'm into Doors bootlegs right now - can you tell? Didn't plan on buying both of these, but I couldn't get one and not the other, and they were both just too good to pass up. Haven't had a chance to play this one, either, but I'm looking forward to it. Only has five songs on it, so I'm really curious to see what the deal is.


And, that was that. After I was done there, I had to walk two miles back to my hotel with two fat bags of records under my arm, and then I had to haul these damn things back with me on the plane. But it was worth it. It's always worth it. Philadelphia, you were good to me. I just wish I would have had more time.
Posted by Wockenfuss at 12:32 AM