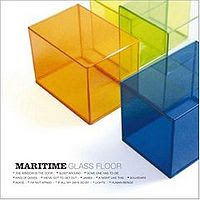 You'll find out here pretty quick (when we get to the P's) that I'm an unapologetic fan of The Promise Ring. I don't like their straightforward pop as much as I used to, but it got to me at a point in my life when I was more than ready for some, ahem, "emo" rock in my life. Anyway, I'll legitimize that when we get to it. For now, just know that The Promise Ring's last record, 2002's Wood/Water, was the album I always thought they were capable of making, the one that proved they had more in them than just the poppity-pop-pop. Of course, they broke up directly after it was released. So, when I heard that two of the key members (lead dude Davey von Bohlen and drummer Dan Didier) were teaming up with badass bass player Eric Axelson (from the then also recently-defunct Dismemberment Plan, one of my other guilty sensitive-rock pleasures), I was excited.

Of course, this record didn't end up being anything like what I hoped it would be. Instead, it feels like a rewind to the heart of The Promise Ring: overly poppy songs that really challenge me to like them because they're so goddamned corny. Songs like "A Night Like This," "I'm Not Afraid," and "If All My Days Go By" are just as hammy as their titles indicate, and I feel like a joker when I listen to them.

I have to be really cheery to identify with this one, and that doesn't happen too often.