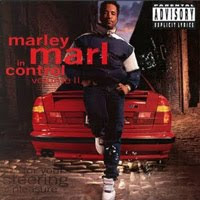 Like a lot of early-90's hip hop compilations and soundtracks, this album's only real flaw lies in the inclusion of some bullshit R&B songs that have no place here. One minute you're listening to Chuck D going nutso on the awesome "America Eats the Young," the next thing you know you're listening to Portia (?) singing a song called "Check the Mirror" off-key and fucking everything up.

There's a few more tracks like that, which suck, and then there's Heavy D doing his ragga thing, which is always annoying as shit. But, there's also some really solid straight-up hip hop tracks, with unexpected guests like LL Cool J, Chubb Rock, King Tee, and Def Jef. There's also "The Symphony, pt. II," which is almost as good as the original. Speaking of "pt. II," props to Marley Marl for calling his first LP "Volume 1" and then actually following it up with another one. Looks pretty bad if you don't.

Anyway, if you skip the R&B songs and the Heavy D mishap, this is a pretty sweet collection of tracks featuring some dudes you know and dudes you've probably never heard of. Overall, there's more variety on this one, more songs, and a lot more going on. I get the vibe that this CD didn't do shit when it came out, but if you ever come across it in the bargain bin (that's where I found it!) and you're in the mood for a highly decent early-90's rap comp, make it happen.