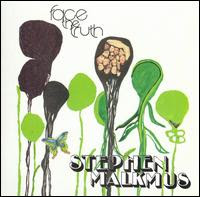 The songs just keep getting jammier and jammier, looser and more classic rock-influenced. And they keep getting better, too. Face the Truth is another one that is initially a little tough to tackle, but once you do, it's incredible.

This record contains a few of my favorite Malkmus solo tracks, the guitar-rific "It Kills" and the uncharacteristically smooth and beautiful "Freeze the Saints," which is, for me, as close to perfect as any song can come. Those are big words, and I'm sure I'm overstating it, but seriously - it's an amazing tune. The rest of the album isn't as straightforward as those two cuts, with the exception of "Baby C'mon," which is one of the more single-ready tunes in the Malk catalog.

There's another lengthy one here, the eight-minute "No More Shoes," which sounds like it came straight out of 1971. The recording is dusty and rough, and the melodies are folk-y yet geared towards the more electric side of rock. It's a positively huge song, and though it feels long, it doesn't drag. Always a good thing.

This is another one of those bridge albums, one that, in retrospect, contains the first concrete signs of a whole new phase in musical direction taking place. On Malkmus's next record, it all comes out. But this record shouldn't be viewed as any less than his other ones. It's just as good, and gets better the more you listen to it.