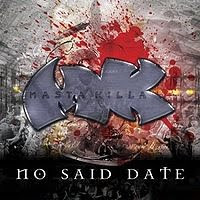 At a time when the Wu was digging deep into one of their trademark slumps (Tical 0 was released a month prior), this album was more than enough to keep the hardcore Wu fans from becoming too despondent. The fact that this album had been delayed for so long actually ended up helping it: we all thought it was a throwback to the "real" Wu shit, when in fact, it just was the real Wu shit.

Masta Killa is the soft-spoken member of the clan, and always an ace at guest spots with his Wu brethren. I gotta tell you: I wasn't sure how a full album of his slow and steady drawl was going to work out. He might have had his doubts too, because this thing is packed full of well-placed guest spots. But, he approaches them in an interesting – and in my opinion, very smart – way, by backloading 'em. The first five tracks are pure Masta, and you know what? He slays it. Dude could have rocked the whole record by himself and it would have been great. But, by bringing in his boys for the second half, he makes it an almost-classic.

"D.T.D" features Raekwon and Ghost, and the beat is sleazy, slinky, and perfect for the trio. (Of course, I'm partial to Otis Redding samples.) Rae and Ghost sound enthused, and the track is dope without going nuts. Street Life and Prodigal Sunn show up on the bouncy "Whateva," and I shouldn't have to tell you that they nail it. "Secret Rivals" brings together Masta, Killah Priest, and Method Man, and there's no way that's not going to be good. The beat is awkward, but it doesn't matter. It's hollow rawness that makes it work.

RZA really shines on this record, providing the beat for the dope-as-fuck title track, and hooking up some soul samples for the ODB-laced "Old Man," which his probably the funnest track on the album. RZA drops a verse on that one, and also shows up on "School," which is sheer hollow RZA weirdness. I dig it.

I dig this whole record. It could have gone so many different ways, but Masta Killa delivered the solo debut we knew he was capable of. Skip the skits, and you're in for some real-deal hip hop, Wu-style.

This is still probably my favorite Wu release of the last 5 years. I rocked this hard when it came out and have still yet to get sick of it. Pretty much every song on here is untouchable (except for "Love Spell," the ill-fated ladies' song). "Whatever" and "No Said Date" are what every rap song should be to me. "School" and "Old Man" hold up with any classic Wu song. The back to back of punch of "Silverbacks" and "Masta Killa" always makes you want to go back and spin the disc again. He even pulls off the seemingly impossible: making a decent song about loving his woman. I put "Queen" in the same rarified category as a "Camay" as a rap love song that I actually enjoy.