Record Shopping in Philadelphia, Part One. 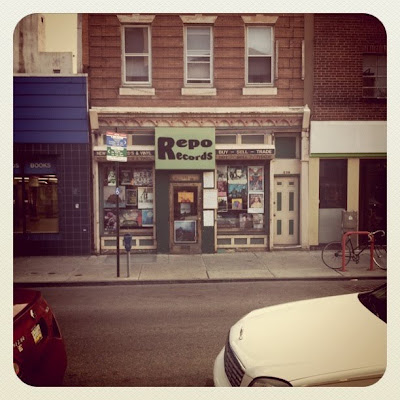 I just spent two days and three nights in Philadelphia for work, and while I hadn't planned on having much time to do any dicking around, I was able to set aside about four hours last night, and I made the most of it. In other words: nuts to the Liberty Bell - I'm going record shopping.

And go I did. I did some web searching and asked a few people who live in Philly about where to go, all while taking into account the location of my hotel and the fact that I didn't want to waste any money on cab fare and didn't want to deal with public transportation. I was hoofin' it.

I set out at about six from the Old City area, and walked about a mile to South Street, where I knew I could find at least two shops. The one I was most interested in was Repo Records, which had both been recommended to me by a colleague and had one of the more intriguing websites I came across. Meaning that it looked like a place I would enjoy. I found it easily, and as you can see from the photo above, its storefront is awesome. That's what a record store should look like.

Their selection was all over the board, with a focus on indie rock, weird stuff, and hip hop. Their used hip hop section was particularly great, with really reasonable prices and tons of old shit that you would never come across in a store in Portland. Their indie section reminded me of Jackpot in Portland: any of the new shit you'd be looking for, but not many used gems. Plus, they had tons of classic rock, country, and odds and ends. And a New Arrivals section, which I always appreciate.

So I was having a great time flipping through the vinyl, pulling out some stuff that I wanted to buy, when I noticed a "50 cent basement sale" sign by a door that led to some stairs. Yahtzee. I headed down, and this is what I found: 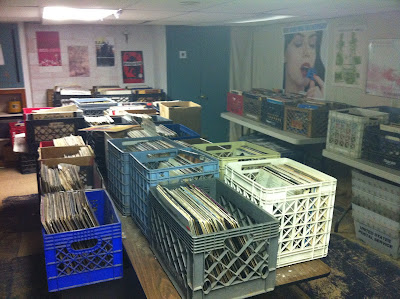 That was one side of the basement. Here's the other side: 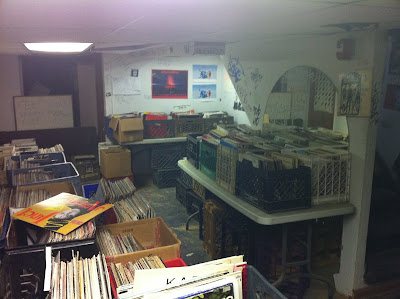 And, on a ramshackle table in the corner, there was this crazy mess of 7"s: 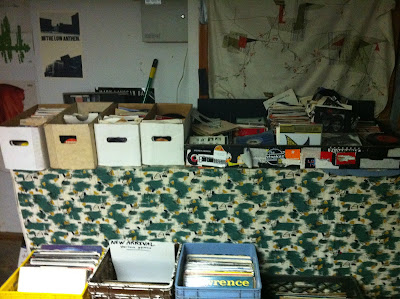 I could have spent days down there. But, my time was limited, so I poked around the best I could and grabbed a few things. In the end, this is what I took away from Repo Records: 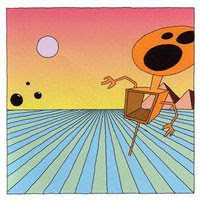 The Dismemberment Plan - Emergency & I

Two-LP reissue, first time on vinyl, some bonus tracks, and a really sweet package. Had been meaning to buy this for a while, and finally saw it and just made it happen. Gatefold package with extensive liner notes, incredibly thick wax, and a price tag that reflects all that. But, I was treating myself. And this record is really, really good. So there's that. 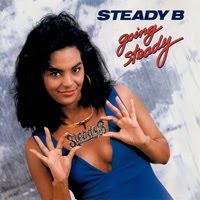 My brother is a big Steady B fan, and he'll be getting this if he doesn't have it on vinyl already. The price was right and the hi-top fade that Steady's rocking on the back made it irresistible. 1989 was a great year for hip hop, though this isn't usually cited as an example of why. What? People don't love "Nasty Girls"? 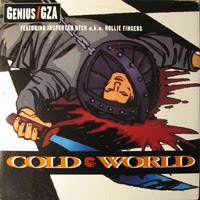 Just because. It's got three versions of "Cold World" (LP, clean, and instrumental), and the LP version of "I Gotcha Back," so there's nothing here that's too notable. But the cover is sweet, the Geffen LP label is odd to me for some reason (seems very 80's and non-Wu-Tang), and on the back in big red letters it says, "The GZA a.k.a. Maximillion" which is pretty sweet. 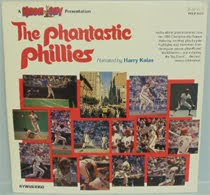 Couldn't pass this one up while I was in the city, and I probably would have picked it up if I'd seen it anywhere. "Relive all the great moments from the 1980 Championship Season featuring exciting play-by-play highlights and interviews from the regular season, playoffs, and World Series - and including the 'Big Event'... the post-season celebration!" This is going to be sweet. 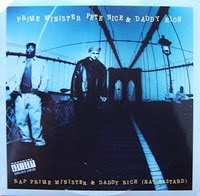 Another hip hop 12" that doesn't really give me much I don't have (though I guess the "What the !?*# Mix" could be interesting), but will look sweet on my shelf. This record appears to have never been played, still has about half the shrink on it, and also has the ol' hole punch through the barcode. Pete Nice mean-muggin' on the cover. Dope.

I also picked up some 50-cent gems in the basement, but I'll probably end up featuring those on the Sly Records site, so I'm not going to go into those at this time. Just know that they are crazy weird.

Things are coming up me! Somehow Steady B's "Going Steady" will become part of the exclusive club of albums that I have owned on all three formats. That store looks awesome. Too bad you didn't have 4 hours.