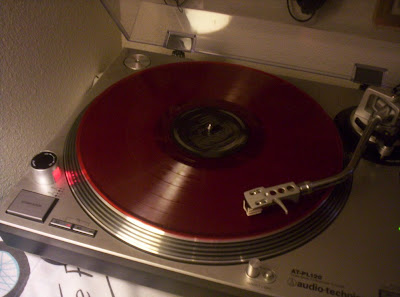 Holy crap. I'm 200 posts into this mad experiment already. And I have to say, this has been an exercise. But, it's been fun, too. And it's far from over.

So, what do we know?

Well, I'm almost through the D's, which is the fourth letter of the alphabet, putting us roughly one sixth/one seventh of the way through (or about 15%, if my math isn't too screwy), at least alphabetically. So, at this rate, if these trends continue, I've got about 1100 albums left to do, which would take me almost exactly three more years.

The breakdown so far (check the tags on the right for reference):

CDs are leading vinyl 116-84. That sounds about right, though I think vinyl will make up some ground as we move forward.

So, really, no big surprises so far.