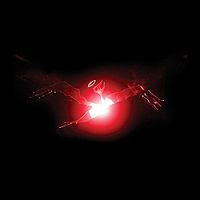 If anyone wondered why it took El-P five years to make the proper follow-up to his first solo record, they got their answer when this one dropped. This record is deep, detailed, and all-out crazy. It's not incredibly different than his first one, though the production might be a tad bit cleaner and the guest spots might be a tad bit more diverse.

When I saw Trent Reznor's name on the credits I was a little put off, but the song he helps out on here ("Flyentology") is a really great tune. And I wouldn't have even known Reznor was on it if I didn't read the credits. Aesop Rock shows up on "Run the Numbers" and listening to these two dudes try and out-syllable each other is entertaining but not entirely likable. But that's me, I don't really like Aesop Rock. It's true. Take away my cool guy card. ("Limbo the Philistine art police on the armor piercing"? Gimme a break.)

This record features what is probably my favorite El-P track, "Up All Night." It's short, fast, and he cuts through the bullshit. A really infectious and gripping track. Actually, I like almost every song on this record. It's taken a while to grow on me, but I give it a good go every time I play it.

And for some reason, I always listen to this record when I'm at the gym. I think the scattershot nature of the music keeps me moving. Plus, lyrically, this one's a little easier to follow than his debut. For me, at least.

And it hits hard.