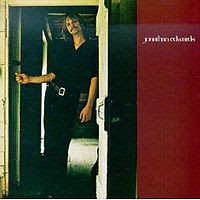 I found this LP for a dollar earlier this year, and I bought it. I had heard good things at some point, and figured I'd give it a shot. I actually ended up liking it a bit. It's sort of Cat Stevens, sort of Gordon Lightfoot, sort of hippie-fueled idyllic crap that I can only listen to so much of in one sitting.

You've probably heard Edwards' song "Sunshine" before, even if you don't know it. I feel like it's been on some commercial recently. It's not a bad song, though it does contain some of that hippie bullshit I was talking about.

He's got a strong voice, and this isn't a bad one for a lazy afternoon.

"Sunshine"
Posted by Wockenfuss at 4:11 AM