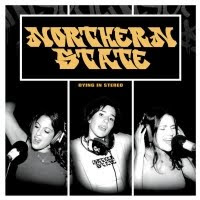 Way back in '02, the music rags were all abuzz about this trio of white gals from the East Coast who were doing some semi-old-school hip hop shit that was lyrical, fun, and apparently pretty good. It didn't take much convincing to get me to bite.

So I picked this disc up, and while it didn't blow my mind (it was almost exactly what I was expecting), I enjoyed the shit out of it. And listening to it now for the first time in a while, I still think it's great. While the backlash against the group started almost immediately (it's constantly amazing to me how music as harmless as this can drum up such white-hot ire in people), those who criticized it weren't saying anything that - it seemed to me - the group wouldn't readily admit themselves. (The Beastie Boys comparisons were way too easy.) This album is what it is - it's light, witty, and just fun. And honestly, the rhymes on this thing are smarter than a lot of the stuff floating around. There's some throwaway lines, sure - but fuck it. It is what it is.

And if there's something wrong with three girls getting together and rapping, then I don't want to be right. There's no need to make songs like "At the Party" complicated. Just kick back and enjoy it. Or don't. And that's that.

You know, I never quite got what all the hoopla was with this album. Its by no means terrible, but it doesn't really float my boat either. I go back to it every once in a while but honestly, there's nothing that holds my attention for long. The rhymes are just decent and the beats are just there. When I do rock it "A Thousand Words" and "Dying In Stereo" are my joints.