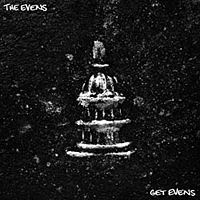 This record came out pretty shortly after their debut, and though you don't get the sense that this is the stuff that didn't make it onto to their first release, the songs aren't quite as strong. But, they're far from bad.

They do seem, at least structurally and melodically, to be a bit more somber, and I guess it's often reflected in the lyrics as well. While their disapproval with the current administration was thinly veiled behind metaphors and analogies on their first record, here it's not hard to decipher. "Cut From the Cloth," the album's opening track, sets the tone, with Ian sounding irked while singing lines like "Why would they vote in favor of their own defeat?" It's a valid question, and they proceed to explore their frustration through the duration of the record's ten tracks, capping it off with the blunt (and fantastic) "Dinner With the President."

MacKaye's always had a way, in my opinion, of bringing issues to the forefront without stepping too high up on the soapbox. There are a lot of people who would disagree with me on this, and that's fine. Maybe I just have a high tolerance for it. Whatever the case, I don't find the lyrics on this record the least bit didactic or guilty of spoon-feedery. It helps a great deal that the melodies are solid and the songs themselves are great.

I got spoiled, thinking they were going to crank out one of these every year, but we're still waiting on the follow-up to this one. In their defense, I think they had a child together last year. I guess I can accept that excuse. But I'm ready for more.

"Cache is Empty"
Posted by Wockenfuss at 1:58 AM