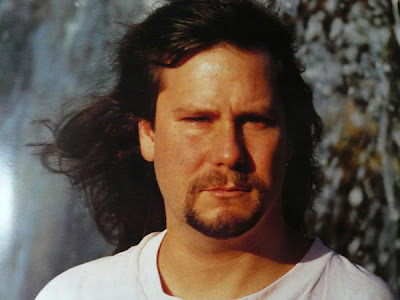 As the bass player for Faith No More, Billy Gould may have been the one responsible for all that "funk metal" talk that surrounded the band in the early days. It was his hands that were always slapping away at those bass strings as his head rolled around in rhythm. Of course, you never heard him actually call the band that, did you? In fact, if you watch this video, you'll hear Mr. Gould trying to steer the conversation away from such nonsense. You know why? Because he's better than labels, especially trivial ones that attempt to make a blanket statement about a band that is far too diverse to warrant that sort of treatment.

The point being, I always felt like Billy Gould was the brains behind Faith No More. He seemed continuously focused, always played his ass off, and also just seemed like a really nice guy. And if you check for his name in the song credits, you'll find it's there quite a bit. He was the workhorse behind Faith No More, the most "normal" looking member of the group, and a guy who wasn't ever trying to weasel his way into the spotlight. But every time you saw him, there he was: banging away at the bass, never lacking in intensity, and always locked in, whether he was walking in circles or firmly planted.

If you can find footage of this guy half-assing it, I'd like to see it.

It goes without saying: Billy Gould is pure stallion.
Posted by Wockenfuss at 3:09 AM

Billy Gould defines stallion and is one of my true heroes from boyhood. The man is the de facto leader of FNM, one of the most tumultuous bands in recent memory, and still found the energy to not only keep the band together but write the majority of the music. There are very few tracks that Gould does not have a hand in. Heck, he even played guitar on "Another Body Murdered." What's funny is that he also probably received the less attention when the band was going, preferring to be the non-descript bass player and let the accolades go to Patton. Legend has it that he knocked out Chuck Mosely on stage. Pretty hard to argue with that. Stallion indeed.