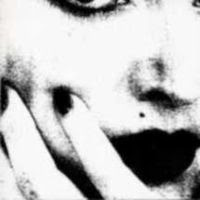 Touted as a collaboration between Sonic Youth and Mike Watt, this is really just Sonic Youth, with one stray cover (of a Madonna song, of course) by Watt. This differs from some of SY's other experimental stuff mostly due to its incongruous use of drum machines and dance-y samples, which is probably also the reason for not using their actual name on the project.

While songs like "MacBeth" and "Children of Satan/Third Fig" wouldn't sound out of place on a standard Sonic Youth b-side comp (or select LPs, even), tracks like "Hi! Everybody" and "Tuff Titty Rap" are not borne of any brand of Sonic Youth known before or since. Hearing Thurston Moore rap is good for 30 seconds, but they were wise to cut it off. Kim Gordon's karaoke cover of Robert Palmer's "Addicted to Love" is, for some reason, one of my favorite songs on here, even if it's solely due to its overriding novelty.

I think maybe it's the same thing I like about the other less "Sonic Youth-y" bits on this album. It's great to see a band that spends so much time on their records being serious cut loose a bit, even if it is in the realm of thick, thick irony. "March of the Ciccone Robots" is a great combination of both; a noisy guitar wail with some sampled elements tapped in and out.

While I don't really care for Watt's cover of "Burnin' Up" (I guess it's kinda fun), the cover of "Get Into the Groove" (here appended with a "(y)") is straight up sweet. Throwing in actual samples of Madonna's version is gutsy, but hearing her voice next to Thurston's is just too good.

One major beef: the second track is a full minute of silence. They just have to throw those little jabs in there, don't they?

"Addicted to Love"
Posted by Wockenfuss at 4:26 PM