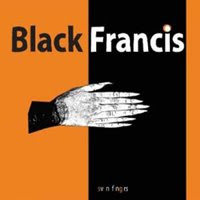 Finally, on "The Seus," the first track on this seven-song EP, we find FB (or BF, as it were) going back to some of the weird vocal shit that he had done so well on some of his early solo records. The results: one of the best solo songs he's done in years.

This one takes off from there, surpassing Bluefinger in everything except running time. This disc has me excited about the man again, and always pissed that it's only 20 minutes long. "I Sent Away" and "The Tale of Lonesome Fetter" sound like vintage FB (finally!), songs that wouldn't have been out of place on some of his classic early-to-mid-90's work.

He's kept his wife off the backing vocals this time around (she's on bass), and instead layered all the shit himself. His dueling guitar, while sloppy sometimes, is fun to listen to, and hearing him whip out his unmistakable falsetto on "Half Man" is a welcome touch. Again, I don't want to jump the return-to-form gun, but I think he's really onto something here.

Now we'll just have to wait and see what he comes up with next. I hope it's more of this.

And what's with the "finger" motif, you ask? Your guess is as good as mine.