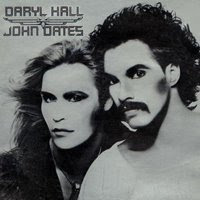 I put two dates up there because this is the 2000 reissue with a couple of bonus tracks tacked on the end. It matters not; nothing can stop this from sucking.

I picked this up for a few bucks a couple years back, partly because it has "Sara Smile" on it (which I actually like), but also because one of my ex-roommates had this record and I had a strange memory of liking it. I was way off. Turns out I just liked the cover, which is silver, heavy with man-makeup, and features a nude photo of Oates on the inner sleeve. Now I'm not sure I ever even listened to the record.

As I said, "Sara Smile" is a fine tune. The rest of this is brutally awful, dated-sounding 70's puss rock that I mercifully gave a chance to over the last few days, a decision I immediately regretted.

"Camellia"
Posted by Wockenfuss at 2:24 AM