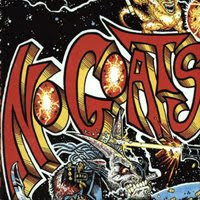 I really wish I would have purchased this CD when it came out.

I can still get into parts of it now, but if I would have had it during the heyday of my reefer-tokin', I think I would have liked it a lot more. As it stands, I only purchased it about a year ago, and songs like "Wake 'N' Bake" just don't appeal to me as much as they may have 15 years ago. The song itself is nice enough, but it's followed by "Philly Blunts" and "The Boom," which are also both stoner anthems.

I don't know, maybe I wouldn't have liked it, even in '94. I already had Total Devastation, and those guys did marijuana raps better than anybody (yeah, Cypress Hill, I know). And while these songs are OK, they're mostly slow and sometimes sluggish, and they just don't have that "oomph" I'm looking for most of the time. Apparently I need to hear their first album, which is something I'm planning on doing. I just haven't done it yet.

The bright spots on this record are "Butcher Countdown" (a funny little skit) and "Blind With Anger," a track that hits a little harder than the others. Still stoney, though. "Revolution 94" is The Goats' take on "Revolution 9," even matching the running time almost exactly. A weird move, and a track that doesn't need to be listened to more than once. Things get a little more exciting at the end, but "Idiot Business" heads down some assy rap-rock roads that are better left untouched.

I've been trying with this one, but it's just not clicking. I'm going to give their first one a shot, and we'll see how that goes.

"Rumblefish"
Posted by Wockenfuss at 3:17 AM