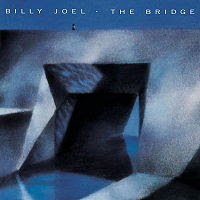 Apparently I don't know when to say when.

I don't even remember buying this record, but there it is, sitting on my shelf–in the original shrink wrap with the promo sticker still on it, no less. Listening to it today, I realized I've never played this album. I only recognized the few radio-friendly songs, and even those were a little foggy.

"This is the Time" was probably the theme of your high school graduation/senior prom, so I bet you have fond memories of it playing behind a hastily produced montage of corny photographs. It's brutal. "A Matter of Trust" seems to be a leftover from An Innocent Man, though Billy tries to cover up its oldies-rock roots by sadly distorting the guitars. "Modern Woman" may not sound familiar by the title, but you know this song, too. It sounds like Billy Joel doing the Pointer Sisters.

There's also a couple of duets: one with Ray Charles ("Baby Grand," a love song about a piano), and one with Cyndi Lauper ("Code of Silence," which seems to be about the fear of coming out to your parents, but I could be wrong about that). They're both tedious and masturbatory.

The rest of the songs are equally embarrassing, with Joel doing his best Harry Connick Jr. before Connick even had a chance to do it. The whole thing makes me feel dirty.

"A Matter of Trust"
Posted by Wockenfuss at 1:53 AM