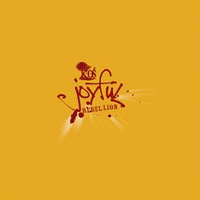 Man, I haven't listened to this one since it came out.

I remember what happened: My brother got me this CD on promo from the record store he was working at. I was already a bit shaky on the whole k-os thing because of the R&B tracks on his first record. But, this disc was free, so I couldn't pass it up. The first song heads in the right direction: some easy-flowing hip hop with an uncharacteristically raw title ("Emcee Murdah," surely a bit ironic). Then "Crucial" kicks in, and it's so rastafied that I couldn't take it. Just full on reggae. Well, there went the option of me listening to this when there's anyone else around.

Of course, the rest of the record contains some solid hip hop tracks. But, there's some more R&B bullshit. One thing is becoming clear: I need to feed these discs into iTunes, filter out the crap, and a make a solid mix of just the rap songs.

Maybe I'll do that sometime.

"Crabbuckit"
Posted by Wockenfuss at 1:52 AM

"Well, there went the option of me listening to this when there's anyone else around."

I laughed at that for a good minute. Lord knows I know that feeling. That iTunes idea is a great one. That is why I love this modern age. A terrible album can turn into a wonderful 6 song EP. It also helps to get rid of skits from late 90s rap albums.