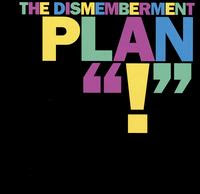 I was a little late to the game with The Dismemberment Plan, but once I got there, I jumped in hip-deep. Of course, they broke up shortly thereafter, but I managed to see 'em live once, and from what I remember of it, it was a great show.

This is their debut, an album that shows slight hints of where they would eventually end up, but this is, as it should be, more aggressive and ragged. But the matter-of-factness in the lyrics is still there, and that would never leave. And make no mistake, I dig the shit out of this album. The songs are chaotic and just fucking fantastic.

I was obsessed with "OK Jokes Over" for months, maybe years. That's what I meant to point out: if you are feeling bitter, this is a good record to embrace. Lots of angst on this one, and it's usually quite focused, which is how I prefer my angry sarcasm, especially when it's yelled. If that makes sense.

I get the vibe that this isn't a popular album in the catalog of the Plan, and I guess that makes a little bit of sense, but man, I've always thought it was sorely overlooked. I wish I would have discovered this right when it came out. It would have been a fabulous rotating collection of personal anthems for me at the time.

Now it just seems to be taunting my lack of feelings. Eh, I'll take confrontational over ineffective any day of the week.

"Onward, Fat Girl"
Posted by Wockenfuss at 3:18 AM