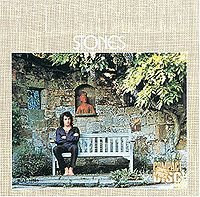 Neil Diamond has been ruined. By Saving Silverman; by frat dudes; by exorbitant ticket prices; and by the ubiquitous "Sweet Caroline," a song that never needs to be played or heard ever again. Drunk douchebags everywhere have compromised it to a point where it's no longer salvageable. Fuck those guys.

Because Neil Diamond, when used in moderation, can be a great thing. I should know: this is the only album of his that I own. And really, I only own this because it has some slight sentimental value (not to be explained here) and it's the only record I own that is packaged in a manila envelope type enclosure, complete with the string that wraps around the cardboard disc. A strange and terribly inconvenient way to design an LP sleeve. You have to unwind the damn string every time you want to listen to it. Lucky for me, that's only every eight to ten years, so it's not a big deal.

This is the record with "I Am...I Said" on it (which is probably my favorite ND song), and aside from the title track and the slightly less popular but wonderfully titled "Crunchy Granola Suite," the other songs are covers, which is an oddity for a Neil Diamond album. So, yeah, this is sort of a weird one all around. Doesn't take much to make a Neil Diamond record weird, though.