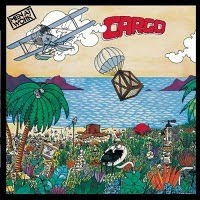 In my opinion, this is the Men at Work album. How they outdid their debut is anyone's guess, but they did it. Which is sweet, because everyone probably expected them to flop with their sophomore release. The fact that they didn't is just another reason why Men at Work rules.

Not only does this LP contain their best song ("Overkill"), it's also just out-and-out solid from front to back. It flows together far better than their debut, and also feels more thought-out and just generally fuller. Colin Hay sounds enthused, adding a palpable energy to every cut. It's pretty crazy how much their overall sound has matured, especially considering that this LP came out fairly quickly after their debut.

This is definitely the Men at Work album I've listened to the most, and that's simply because it's their best one. Songs like "It's a Mistake" and "High Wire" never get old, and are just further proof that this band remains terribly underrated.

"Overkill" and "It's a Mistake" were definitely big parts of my karaoke repertoire for a while. Good choices. People know 'em, but you don't hear them performed very often.

You can find this LP for fifty cents at any record store. Buy it. Love it.

I don't know this record well but I do know that "Overkill" is one of the greatest songs ever.