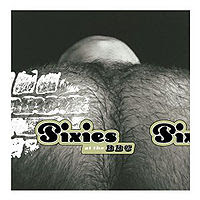 Follwing the mostly pointless Death to the Pixies best-of comp that came out in 1997, this was the second release in the post-Pixies, pre-reunion era. Not sure why they waited so long to put it out, but it's cool that they did.

The music on this disc is, of course, great. Frustratingly, the sequencing is shit. It's a compilation that just begs to be rearranged in your iTunes. There are 15 tracks here, culled from six different sessions. Why not just put them in chronological order? Instead, some of the songs that were recorded the earliest are at the end, and the ones that were recorded the latest are just floating around in the middle, not even near each other. There are other issues along these same lines, but they're not worth explaining.

I will never understand the thinking behind a track listing like this. Anyway.

There's some cool shit on here. The band's cover of the Beatles' "Wild Honey Pie" is here, as well as a really strange version of "Is She Weird," which is probably the most intriguing song for me. They also blaze through sweet versions of "Dead" and "There Goes My Gun," and hearing them do "Ana" live in the studio is phenomenal.

"Caribou" and "Levitate Me" are both almost as good as the studio versions, and a few random b-sides are here, too. "Manta Ray" is a great Pixies non-album cut, and the version here is solid. It's also nice to have a decent recording of "In Heaven (Lady in the Radiator Song)," which had previously only been released as a Surfer Rosa b-side in a live version.

All the songs here are fantastic, and the raw recording quality just makes it that much more enjoyable. "Letter to Memphis," heard without all the studio trickery and thick production, is still incredible, but in a completely different way. Such a great song.

This thing's not for the casual Pixies fan, but for people who love all their records, it's a must-own.

"In Heaven (Lady in the Radiator Song)"
Posted by Wockenfuss at 12:28 AM