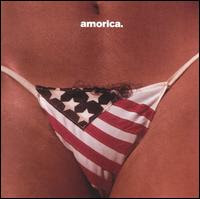 In November of 1994, I was a freshman in college, living in Eugene, Oregon, and smoking way too much grass.

That should explain a lot about why I own this record.

Why I kept it is another story. I am not a big Black Crowes fan. I don't mind them, and I'm while I'm admittedly a fan of this album, after trying to take it farther than that, I failed. I waited too long. If it was going to happen, it was going to happen 13 or 14 years ago. It didn't take, and all I'm left with is this. I don't even remember where I bought this. It's pressed on white vinyl, it's a great looking record, apparently a collector's item now, but I know I didn't pay more than ten bucks for it at the time. And I remember it being sealed...it's not going to come to me.

Anyway, back to 1994. I had friends who lived in a dorm, and I used to go over there all the time. They had other friends, we hung out, did what 18 year old kids did. What they did a lot of was take bong hits and listen to this album. I initially scoffed at the idea of the Black Crowes being any good, but after hearing this record repeatedly for a few months, it grew on me. I finally gave in one night, drunkenly confessing my admiration for the album. It was a big step for me.

I eventually came upon a used copy on cassette (it was the mid-90's and I was poor) and it spent some time in my car stereo for a while. My little crush on this record grew. I don't really know what I'm talking about, but for some reason, this album always seemed WAY better than any other Black Crowes album. It's like it's almost a different band. But, that may have been the three-foot-tall blown glass bong talking. I know that was part of it, but I listen to this record now and I can easily remember why I liked it. It's the songs. They're great. I think it might be that simple.

I picked up the follow-up to this one and didn't like it all. My expectations were way too high, the record wasn't that good, and it soured me. So, like I said, that was the end of that. I was always told I should pick up the one that came before this one, but you know, eh. That seemed like a lot of work. It wouldn't leave me as much time to be annoyingly fickle.

Now for an uneducated blanket statement: "Wiser Time" is the best Black Crowes song ever. It's the best song on this record, and a song that I've never gotten sick of. It would also top of my list of "best songs to drive to when you're flying down the freeway in a state you've never been to before that is arid and desolate."

Now there's a playlist to get started on.

I'm listening to "Wiser Time" right now and feel like sometimes I barely know you at all. This song blows. I'm talking capital "B" Blows. Cut your hair hippie.

You gotta just kick back and enjoy the jams, bro.