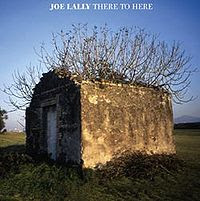 Joe Lally has always been the cool, calm and collected member of Fugazi. While Ian screamed, Guy flailed, and Brendan pounded relentlessly on his gold-belled trap kit, Lally was dependably static. He hung in the back, played his parts with the utmost precision, and rarely moved out of the small area he had claimed for himself at Brendan Canty's left. Maybe he wanted to lock in with the drummer. Or maybe he just didn't want to be in the spotlight.

When Lally contributed lead vocals to "By You," a song from Fugazi's 1995 LP Red Medicine, it was completely unexpected. I had never even considered the idea of Joe Lally with a mic in front of his face, let alone what his vocal style might be. After about the third time I listened to the track, I realized I loved it. It was Fugazi with a new voice; a voice that sounded nothing like the other two. It was calm. It was direct. It was great.

(Quick aside: I was once at a Fugazi show and they were having some trouble with a rowdy member of the audience. They tried to corral him to – I'm assuming – kick him out, but they couldn't get a hold of him. Lally walked directly to one of the mics after the melee had subsided, pointed at where he figured the guy had escaped into the crowd, and said: "Everything we do for the rest of the night is not for you." And he walked back to his post. It was fucking awesome.)

I can't remember when I found out that Joe Lally had gone solo. I knew at some point that he was touring, but there didn't seem to be any release that coincided with the tour. That was probably 2005. I guess he decided to make a proper album in '06, but it flew under my radar for a while. I don't think I got this LP when it came out. It was possibly last year or maybe 2007. Either way, I bought the record, then caught him live when he came to Portland. It was a great show, and he was a really nice guy.

There to Here may not be for everyone. It sounds nothing like Fugazi. It's sparse, it's barren, and it's both calm and confrontational. It's like no other album I own (well, aside from Lally's other one). And I love it.

I played the shit out of this record after I got it in the mail, and while it took me a few listens to wrap my head around where he was coming from, once I felt like I had locked into that, I had no trouble embracing every song. I don't listen to it in the car. I listen to it alone at home, usually while cleaning. It's great for that. And seeing Lally perform these songs live was an experience that made them resonate even further with me.

I wouldn't recommend this record to most people, but if you're willing to take a chance on something different (and quite serious), you should consider checking this out.

What I remember most from his live show was that he kept doing yoga poses during the musical breaks. He's very compact and bendy.

I remember that Fugazi show and remember being shocked at seeing Joe Lally show anger. I spent some time with this album and have to say it never quite clicked with me. I'm glad I have it and it makes for some mellow morning music but Lally comes off as a tad melodramatic to me (even by Fugazi standards). Still, Lally will always be the silent bass assassin to me, as you said, comfortably rocking his 4x4 space to the left of Canty.