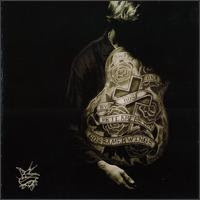 I don't know if I'll ever reach a point in my life when listening to this album won't bring back an endless flow of memories for me. I listened to these songs so many times in 1999 and 2000 that I could recite every word, recognize every little quirk in the precise arrangements each one resides in.

I moved to Portland in the summer of 1998, intent on taking advantage of the music scene that had always been lacking in the other (smaller) cities I had lived in. I was now of drinking age, and was always up for some music. It didn't take me long to discover that Pete Krebs did a weekly gig at the Rabbit Hole (or was it the Mad Hatter Lounge? Or was is both?), and I soon found myself there almost every week, (I think it was Wednesdays) always excited to watch Pete play for an hour or two. I had a small group of friends who I met up with, and we made a weekly thing out of it.

I can't remember exactly how it went, but I think Pete let us know that he had a new record coming out, and that it was going to be a full-band sort of deal. We were excited, bought copies from him before it was even officially released, and dove into it. I took it home, sat listening to it in my apartment by myself and half-drunk, and became hooked instantly. To the point that I thought this was going to be Pete's big break. I really thought he'd done it. In fact, I still do. I think it caught on in Portland, but I've never been sure if it stretched much further than that. I forced it on everyone I could, but I'm not sure it affected everyone the way it did me.

My friend Aimee and I were the ones who never missed Pete at the Rabbit Hole. There was a loose group that came and went, but we were the core. Sometimes she and I sat there, just the two of us, talking and listening to Pete's songs. Then we would go home and drink more and argue about what the best song on Sweet Ona Rose was. Mine changed every day. It was either "Quickly Steals Away," "Pacific Standard Time," or "Thunderstorms and Alcohol." Sometimes I would argue the validity of "Ashes Back to Vegas" or "Johnny Come Lately" as the best songs, partly because I believed it at that moment, partly to get a conversation going. Aimee was a hopeless romantic and not nearly as flighty as I was, so she always stuck with "Dressed to the 9's."

I have memories of seeing Pete play these songs a handful of times with the Gossamer Wings, who seemed more a name for whoever Pete was playing with that night than an actual band. Sometimes it was by the books, recreated to sound like it did on the album. One night, late, everyone in the city seeming drunk, we (my brother and I?) saw Pete tear through these songs with the distortion overriding everything, looking pissed. I vaguely remember some technical problem fouling the gig up. Was it NXNW? That sounds right. Anyway, the show was awesome, an ephemeral growl that blew my face off for the twenty-five minutes they played. They blazed through the songs, stormed off the stage, and we couldn't shut up about how great it was. All the way home and for the next year.

You can listen to some clips here.
Posted by Wockenfuss at 1:30 AM

I pretty much agree, spot on, with every word of your review. Living in Arizona now, from time to time I get pretty lonesome for the NW. It's weird things that can trigger it. One thing that always does is when Pete Krebs comes on in the iPod shuffle. Is there anything more quintessential NW than old Krebsy? If you were hipster kid who grew up there he is like your god. If you grew up anywhere else I am pretty sure that you have no idea who he is. Honestly, it makes me love him more.

Anyways, like you, when I first heard this, I too thought that he had "done it." I was convinced that this record was so good that it would catch on. I honestly thought that I would see him on Conan playing "Hey Mr. Smalltown" and that he would become a sort of alterna-folk superstar. I am still baffled at how it didn't happen.

"I forced it on everyone I could, but I'm not sure it affected everyone the way it did me." I remember feeling the exact same way. I was working at Wherehouse Music in Salem when this came out and I used to play it over the loud speakers all the time, convinced that we would start selling them like hot cakes. It never happened. I even remember playing it for a co-worker who had the same taste in music as me. He thought it was nothing remarkable. Well, he was wrong.

This has got to be Pete's best post-Hazel album. There is not a weak moment on it. I am actually shocked that you didn't do a track by track for it as they are all mixtape worthy. As for the endless best song on the record debate I know that over the years my vote would have changed daily. For me, "Johnny Come Lately," "Sweet Ona Rose," "Quickly Steals Away," "Thunderstorms And Alcohol" and "Patiently" could all be the best song on the album at any given moment.

I only remember seeing him once during this era. It was definitely at La Luna and I know that it was really soon after the album came out. I know that the original Gossamer Wings guitarist was there but I don't know if Soundgarden-guy was there or not. Once again, I remember thinking that it was the start of something big. I am still baffled at how it wasn't.