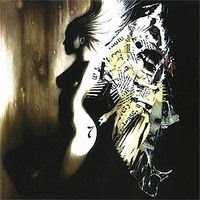 Yeah, this might be my favorite Atmosphere record (I told you I'd change my mind).

Released remastered in 2005, these are songs that Slug & Ant recorded after Overcast! (conspicuously absent from my collection, that will change) and before Lucy Ford. They're four track songs, but that fact gets thrown around like there needs to be excuses made for the quality of the material. Eff that. The beats are a bit more basic than some of Ant's other stuff, but they do the job and then some. As always, his snare can become a little grating, but deal with it, you wuss.

When Slug presently talks about how he doesn't want to rap about being a dope rapper anymore, this is some of the stuff he's talking about. And like I said previously, it's a damn shame, because he's really good at it. I could listen to "Choking On A Wishbone" and songs like it all day long. It's so dense lyrically, and so fast, you can't possibly catch all the lines the first, or even the fifth time through. It's fantastic. But that's me, that's the kind of hip hop I love.

The fact that this one's a bit lo-fi just sweetens the deal for me further. Originally released as a cassette, the hiss is still audible on a bunch of the cuts. It's definitely of a certain time, and that's evident not only from the quality of the recording, but also from the style that Slug is speaking with. You can see him moving from battle raps to his narrative, introspective side, and it makes for a good variety in the lyrics.

In the liner notes, Slug says he "had to grow."

Damn, did you have to?

"The Stick Up" f/ Eyedea