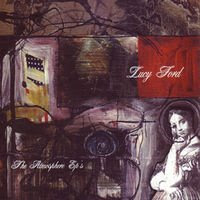 I was watching an interview with Slug a few weeks ago, and while he was trying to explain why he seems to focus on narrative raps nowadays, you know, songs that have a "point," he mentioned that he no longer feels the need to do songs about "what a dope rapper" he is. That's all fine and good, but this new direction has taken him to the other end of the spectrum, often sacrificing his sense of humor in favor of torrid tales of lives wasted. Seems like the fun times and the darker subject matter used to offset each other, and in the end, break even. Maybe I'm wrong, and I'm sure you could make the argument that this isn't completely true, but it's hard to deny that with each album, the mood has become increasingly dour.

Not here. On this early compilation of EP's, Slug and Ant (along with a few other producers, gasp) tackle some serious subject matter, but keep the mood from growing dark enough to send us to our room for some pillow punching.

"Like Today" is a pretty corny premise, but the beat bounces and it's a damn fun song. And "Between The Lines," at almost five and a half minutes long, seems like it wouldn't work as the opening track, but the placement is perfect. "Don't Ever Fucking Question That" gets heavy handed, especially with the blandly repetitive beat, but it's their bread and butter, the reason so many disaffected youth worship at the altar of these guys.

That said, when I first got this record, I listened to it quite a bit. And, when I come back to it, I remember why I did. There's no pretense, as compared to their newer stuff. The beats are simpler, there's no filter on Slug's words, and it feels like a record instead of a series of concept songs.

Possibly my favorite Atmosphere album. But give me a few days, I'll probably change my mind.

"Party For The Fight To Write"