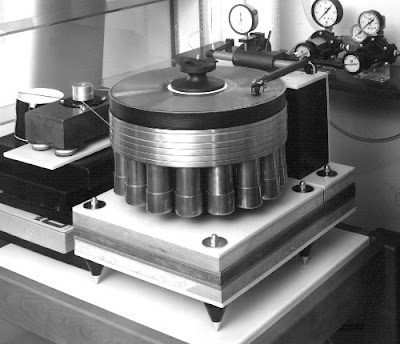 Yes, I've somehow stuck with this.

So, let's see where we're at. Alphabetically, I'm close to being halfway done. But I anticipate the "S" and "T" categories to be hefty ones, and I'll have more Z's than you would think, on account of all the Zappa. So, I doubt I'm actually halfway done. And if I intend to get into soundtracks and compilations (which I'm not promising), then I'm definitely not halfway done. Either way, I'm excited that I've come this far. And I'm feeling pretty good about it going into the new year, so I'm going to keep at it as long as I can. I know I slip some days, but I try to make up for it, and I usually do.

Let's break down the stats.

I told you LPs would start making a push, and they have. This upcoming Mothers of Invention section is going to push it even further. Still, I'm curious to see how it'll all work out. I know you probably don't really give a shit about the media on which my music was pressed, but it's fun for me. And I'm still working on replacing my CDs with LPs. It's a tedious and expensive, but it's also really fun.

Top Genres: 90's rock is still in the lead, with 90's hip hop reclaiming its rightful slot in second. 2000's rock moved up to third, with 2000's hip hop barely trailing it in fourth.

In other news, I was able to rent a copy of Uncle Meat, the Mothers of Invention movie. I am going to go watch it now. Pray for me. And look for a review of it later this week.
Posted by Wockenfuss at 11:47 PM

Congratulations on sticking with it. I never get enough of reading these.